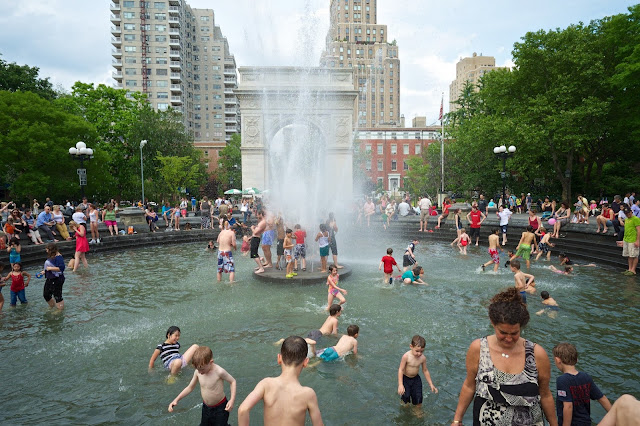 This week as I strolled through Washington Square Park I noticed a few photo types pointing their lens up into a tree.  I had no idea what was going on so I wandered over to check it out and saw that there was a red tail hawk sitting on a low branch.  I thought it was odd and soon learned that it was a seven week old baby who had just left the nest earlier in the day.  It is widely known that there is a hawk nest which had a live feed on it for some time.

I watched him for about 30 minutes then decided to head home for a longer lens.  When I got back he had jumped to a higher branch but was clearly trying to decide what the next step would be.  In an instant captured below he leapt and soon landed on a nearby building.

Once on the roof he seemed like he was just waiting for mom to come help out and sure enough mom soon arrived with a meal for him - she can be seen carrying a mouse.  Once they ate together she took off and I wandered around to look at the nest.   In the nest was a sibling who seemed restless now being the one there.  And sure enough not five minutes later that hawk baby took off and left the 11 story nest and tried flying for the first time.  But this baby landed on the sidewalk below after a short flight and those are the close up shots below.
The baby hopped into the brush and then up onto a bench.  I watched her for a while, took a few shots then said good night. 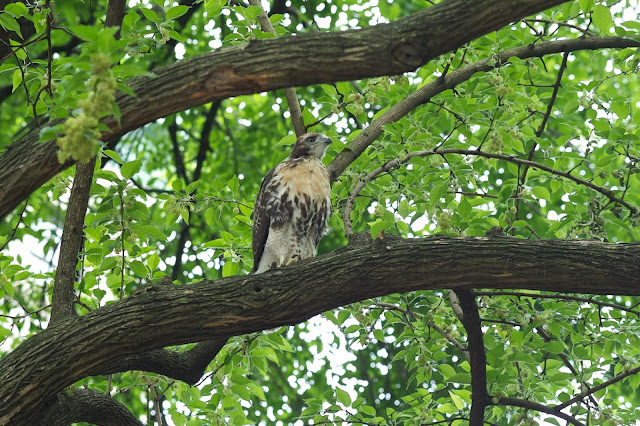 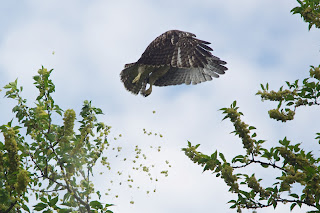 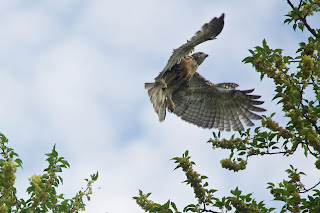 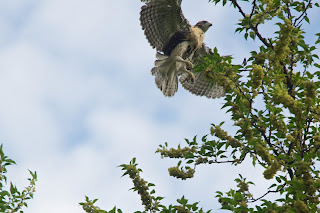 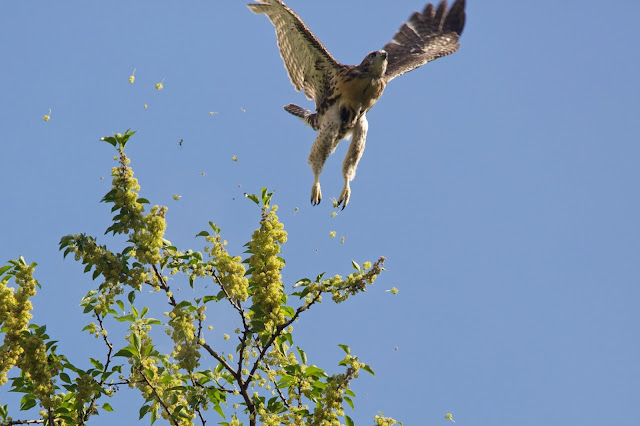 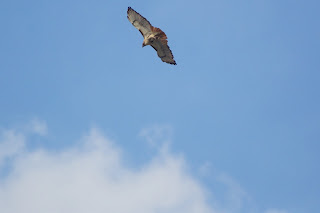 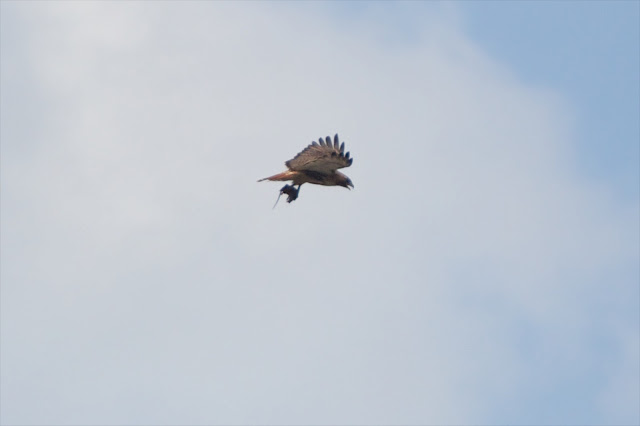 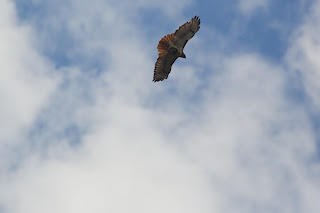 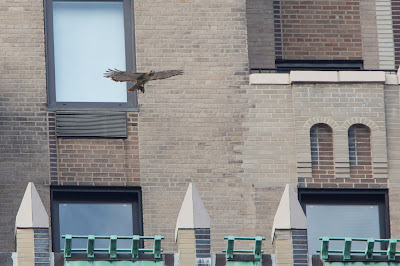 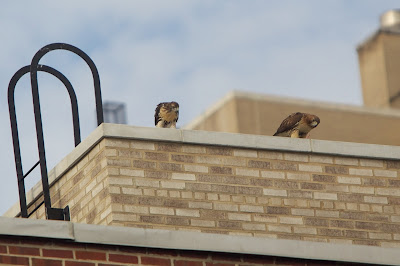 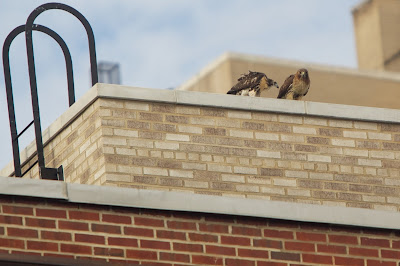 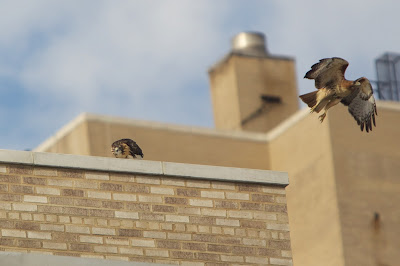 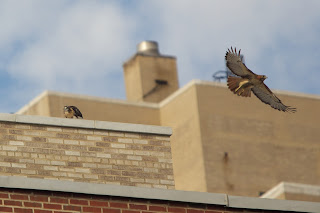 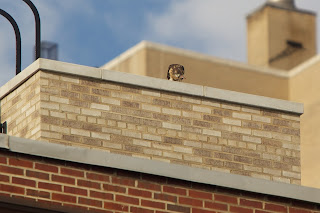 Fledgling getting restless on ledge of nest. 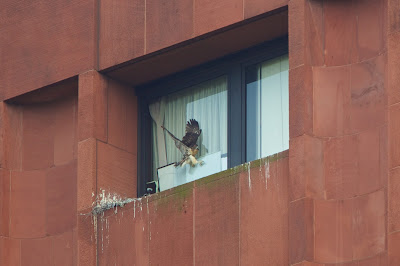 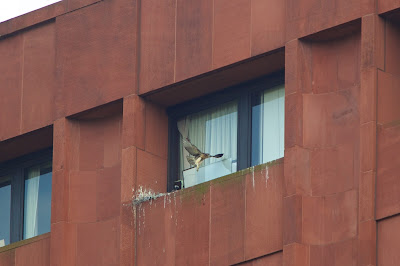 Lands on the street - University. 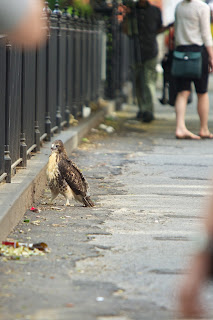 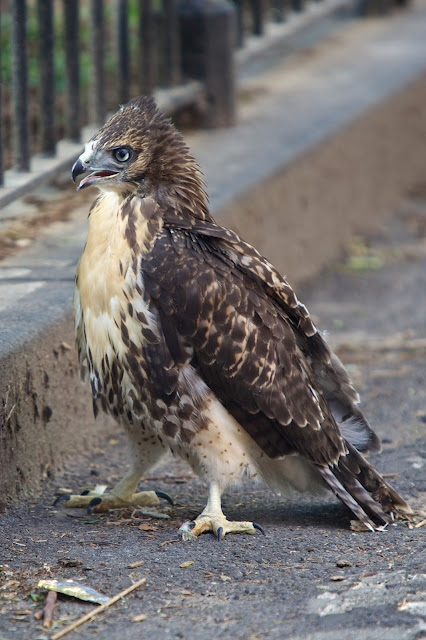 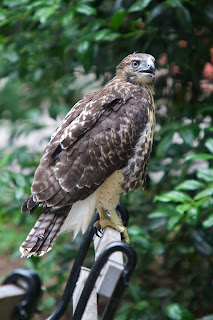 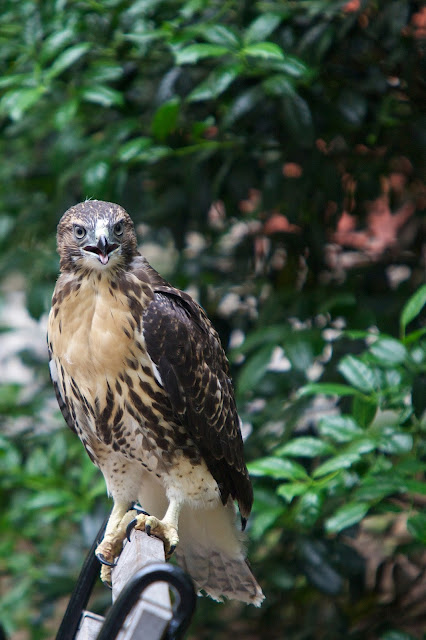 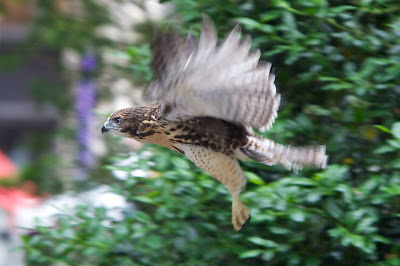