This week has been a combative and tumultuous one for the folks involved in Occupy Wall St.
The lower part of the City has been involved in several protest marches and constant police clashes and surveillance from the ground and air.
It was pretty dramatic the other day when the police swept in at 1am and cleared the park.  Lucky for me I happened to go to the park the night before to update some of my overview shots.  So here I present the changing of the seasons and look of Zucotti Park.

There is dramatic change in both the tents and leaves.  Note the early scene on September 21 when the ground was visible.
So no politics here - you just had to be there to fully grasp the amazing encampment erected by the OWS people - which is gone now and the park was swept clean in a few hours.
Exposure - ISO 1000 at 1/25 @ F/2.8 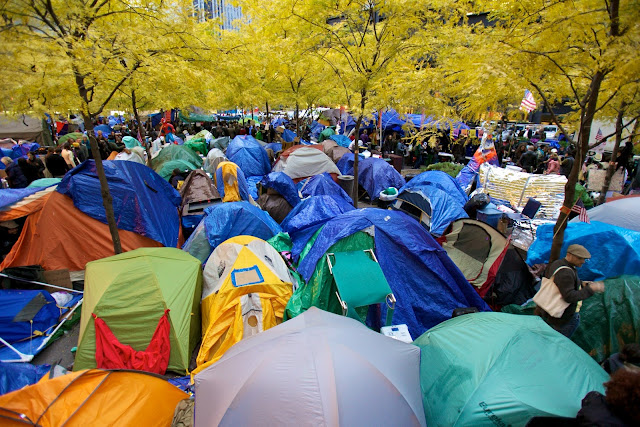 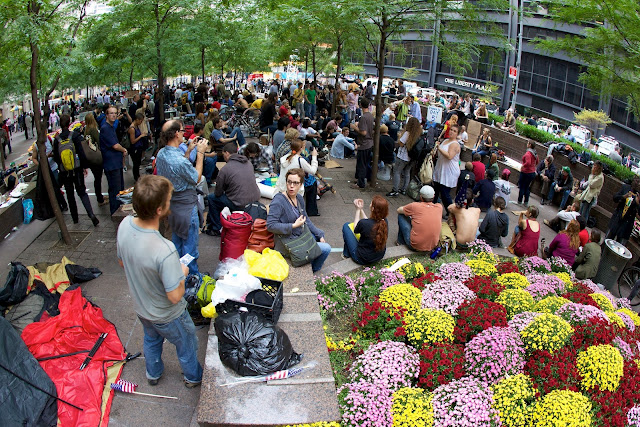